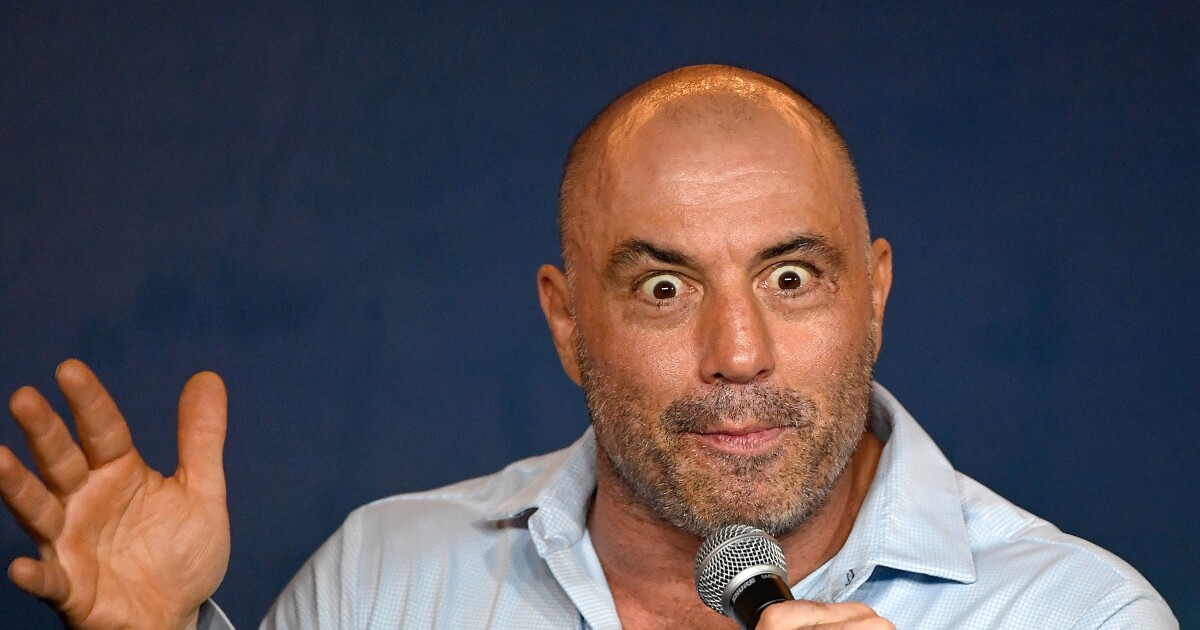 Abcarian: Joe Rogan and Spotify promise to do better

I’ll be the first to admit that I don’t understand the popularity of “The Joe Rogan Experience” podcast. My only consolation is that Rogan doesn’t appear either.

Last week, in a video explaining why he interviews scientists spouting misinformation and conspiracy theories about COVID-19 and vaccines, he described his podcast as “an out-of-control juggernaut that I barely have a clue about. control”.

I can’t disagree with that. His rambling interviews can last four hours or more.

“A lot of times I have no idea what I’m going to talk about until I sit down and talk to people,” Rogan said. “That’s why some of my ideas aren’t so prepared or fleshed out because I literally have them in real time.”

Who would have guessed that a lack of preparation could pay off so well?

Rogan has around 11 million listeners per episode and a $100 million licensing deal with Spotify, which has been put on the defensive last month after Neil Young pulled his music from the streaming service.

Young made the decision to protest Rogan’s embrace of guests who mislead listeners about the pandemic and vaccines.

It’s true, as Rogan pointed out in his video, that statements that might once have gotten someone fired from social media — for example, that COVID-19 leaked from a lab, or that a person vaccinated can still contract the disease – are now tolerated .

But pretending to just ask questions — when he’s actually allowing his guests to undermine public trust in science — is dishonest. Rogan has a huge platform. He has a moral obligation to be careful.

Last week, I listened to a good chunk of Rogan’s interview with Robert Malone, a molecular virologist and anti-vaccine who has outraged the scientific community with his conspiracy theories and misinformation about COVID treatments. He promoted the idea that people who get vaccinated experience “mass psychosis.”

For more than three hours, listeners heard plenty of talk about dark conspiracies between the government, media and pharmaceutical companies, anecdotes promoting unproven COVID cures, and grossly incorrect information about how an Indian state has “crushed” COVID.

Malone told Rogan that “good modeling studies” showed that “probably half a million more deaths occurred in the United States” because the government blocked the use of ivermectin and hydroxychloroquine in COVID patients. Who conducted the studies? Rogan didn’t ask. (The FDA has not approved ivermectin or hydroxychloroquine to treat COVID-19. Neither, the agency says, has been shown to be safe or effective against the virus, though clinical trials evaluating both drugs are underway.)

Cardiologist Peter McCullough’s absurd lies on Rogan’s show include claiming the pandemic was planned, COVID-19 vaccines are experimental, people previously infected have ‘permanent immunity’ and thousands of people are died from side effects of vaccines.

Last month, hundreds of scientists, doctors, nurses and other medical professionals published an open letter to Spotify urging it to take action against “mass misinformation events” on its platform. The average Rogan listener is 24, they wrote, citing data showing that unvaccinated 12 to 34 year olds are 12 times more likely to be hospitalized with COVID than fully vaccinated people. The coalition practically begged Spotify to do something.

“This is not just a scientific or medical concern,” they wrote, “it is a sociological issue of devastating proportions and Spotify is responsible for allowing this activity to thrive on its platform.”

Spotify’s CEO reportedly told employees that the service takes no editorial responsibility for Rogan’s content because it doesn’t own “The Joe Rogan Experience” podcast, it just distributes it. It’s laughable.

Given these guests, who could be surprised that clips of him using the N-word have surfaced online? On Saturday, Rogan apologized after Arie, who is black, posted a montage of him using the insult around 20 times. He also apologized for equating a black neighborhood with the movie “Planet of the Apes.”

Much of the media coverage framed this controversy as a fight between Spotify and Young. I don’t see it that way.

Young and others stood on principle; they don’t want to be on a site that encourages and promotes misinformation, and they’re willing to take a financial hit.

Even better, their actions were not in vain.

Spotify chief executive Daniel Ek initially defended Rogan’s content. But after days of pressure from inside and outside the company, Ek said Spotify would enforce its policy against medical misinformation posted on its podcasts.

“It has become clear to me that we have an obligation to do more to provide balance and access to information widely accepted by the medical and scientific communities,” Ek wrote in an open letter.

Rogan, for his part, also apologized and pledged to do better, promising to “balance” the highly skilled wackos (my words) on his podcast with credible experts. He also promised to research topics in advance “and have all relevant facts at hand before discussing them.”

Yeah, well, if he really wants to be sorry, he should apologize for potentially endangering the lives of his listeners — and urge them to get vaccinated, stat.

Today’s composers don’t like the way I operate: Lata Mangeshkar in a 2013 interview