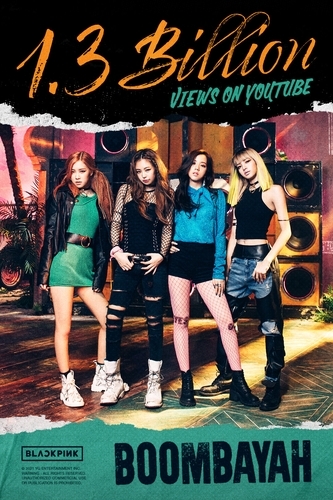 The video, released in August 2016, hit the mark at 9:34 a.m. Monday, 146 days after crossing the 1.2 billion mark, according to the group’s management agency, YG Entertainment.

â€œEven though four years have passed since the clip was released, (the number of views on YouTube) is steadily increasing,â€ the agency said. “BLACKPINK now has their third music video with over 1.3 billion views after ‘Ddu-du Ddu-du’ and ‘Kill This Love.'”

“Boombaya” is one of the main tracks from the first single from the band “Square One”. The song features an addicting chorus and an exciting drum beat.

It took her 38 days to achieve the feat since the video uploaded on September 24, the fastest pace for a K-pop choreography video.

The previous record was 45 days and four hours, set by his band with the choreographic video for his hit song “How You Like That”.