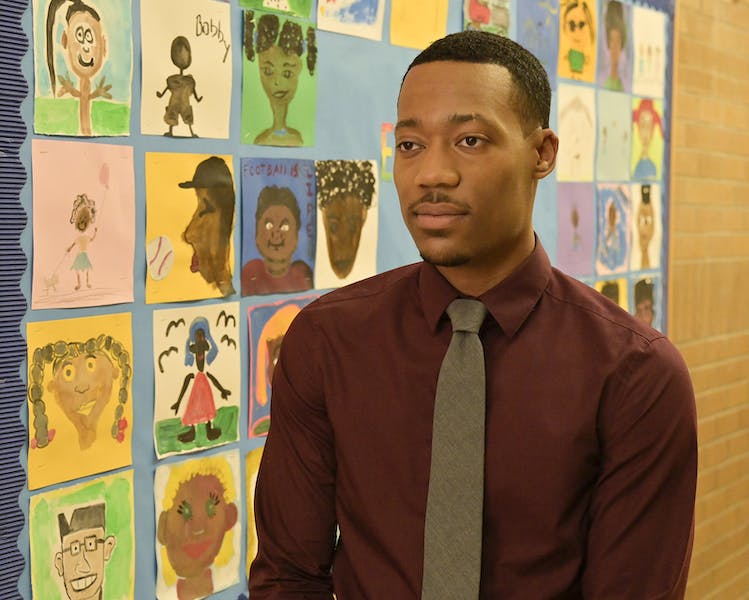 Although only three episodes, “Abbott Elementary” has become my new favorite show.

The “mockumentary” style sitcom follows the workday of teachers at a Philadelphia public school – letting viewers in on the ongoing chaos they create and face on a daily basis.

The show also marks another milestone in the career of Quinta Brunson – the series’ creator, writer and star. Her rise from viral sensation to female network television renaissance illustrates what happens when black talent is invested.

Brunson has spent the last decade in various sectors of the entertainment industry. In a 2016 interview with Cosmopolitan, she opened up about her decision to quit college and move to Los Angeles to pursue acting. Her first dance with fame was in 2013 when a video she posted went viral on Tumblr and Instagram. This came at a time when short video content had not yet become a norm on social media.

Brunson took that attention in stride, creating a series called “The Girl Who Never Went on a Good Date” that was wildly popular. It was there that I myself first met Brunson and his signature phrase, “Oh, he’s got money!”

In late 2014, after working as a video actress at BuzzFeed and completing a residency there, Brunson became one of the company’s youngest video content creators. As a junior producer, she had the resources to create comedic content for a wider audience.

The success of one of its series led to it being purchased by Youtube Red and promoted as a development partner.

In the Cosmopolitan interview, Brunson expressed a desire to “play on all platforms,” ​​but noted that his race and gender were potential pitfalls for investing in those plans. The production of a series at this level shows that she was able to realize this dream five years later.

Brunson’s career path almost parallels that of Issa Rae, who also spent much of her early career on the internet. Rae debuted in 2011 when the first episode of her web series, “The Misadventures of Awkward Black Girl”, was uploaded to Youtube. Rae worked on several projects while attending Stanford University years before, but the “Awkward Black Girl” series was the blueprint for her future endeavors.

In 2021, a decade after his viral two-season web show premiered, Rae released the fifth and final season of “Insecure” on HBO. The award-winning series came out in 2016, and Rae wore many hats as co-creator, actress, writer, and executive producer.

Although the chapter of his first television series is closed, Rae’s reign is far from over. His business, formerly called Issa Rae Productions, was relaunched as Hoorae in 2020. It grew out of a combination of Rae’s interests, including Hoorae Media for film, digital and television productions, a label music company in partnership with Atlantic Records called Raedio and ColorCreative, its management hub.

Under the Hoorae banner, Issa Rae has struck deals with HBO to develop 3 more shows, “Him or Her”, “Sweet Life” and “Rap Sh*t”, in addition to her current role as an executive producer on HBO. “A Black Lady sketch show.”

Television has seen its fair share of black sitcoms. “Martin”, “Girlfriends”, “Living Single” and “It’s a Different World” are just a few of the series that marked an important period for black talent and were based on the very normal lives of its black characters.

“Insecure” and “Abbott Elementary” do the same, telling stories from both women’s backgrounds. Quinta’s mother, a now-retired teacher, inspired her comedy. Likewise, Issa Rae’s comedy-drama is inspired by her real-life relationships with friends.

At the most basic level, their storytelling offers representation in the most everyday and intimate way – and it’s clear that audiences are hungry for it.

On the other hand, it allows opportunities for more representation in writing rooms and executive producer roles. With their success, minority creators have more opportunities to succeed – without having to wait for the chance to play big in an industry where they have to work twice as hard.

Not everyone gets the Lena Dunham treatment — courted by the networks and greenlit from ill-prepared pitches.

But what was crucial to the development of Issa Rae and Quinta Brunson as designers to watch in the industry was the investment in their talent. Both had unconventional career starts, but their dedication to their craft paid off when they were given the resources to show the world what they can do. They have taken advantage of the various jobs and opportunities they have won to learn more about the industry and carve out a place not only for themselves but also for others.

The tradeoff for investing in these two black women is not just high ratings for the networks and sharing their brilliance with the world, but the representation on and behind the screen that Hollywood desperately needs.

To get the day’s news and headlines delivered to your inbox every morning, sign up for our email newsletters.