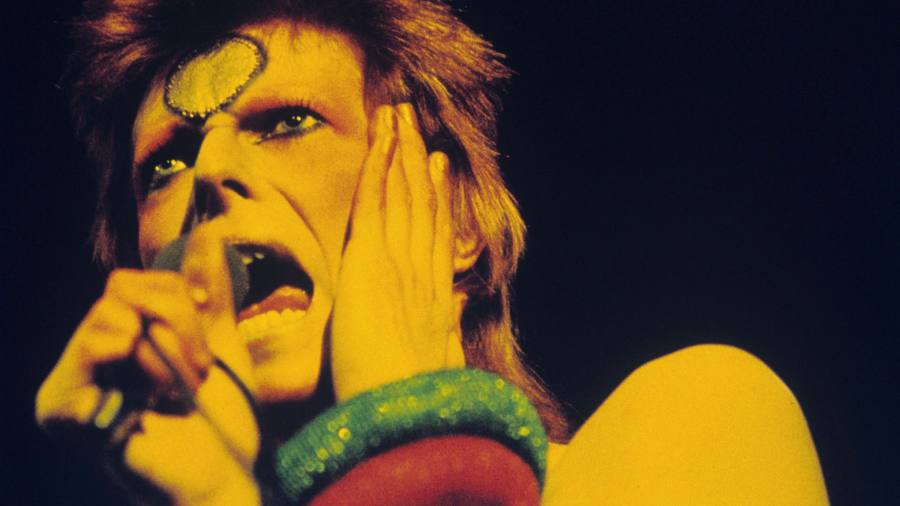 David Bowie’s estate is in talks to sell his catalog of compositions and has attracted bids of around $ 200 million, according to people familiar with the matter.

Talks are at an advanced stage and a deal could be announced in the coming weeks, the people said.

Bowie’s songbook is one of the most legendary catalogs to hit the market during what became a music copyright gold rush. The deal would span decades of albums, including Let’s dance, Hero and The rise and fall of Ziggy Stardust and the spiders of Mars.

Over the past year, musicians such as Bob Dylan, Stevie Nicks, Neil Young and Paul Simon have sold their catalogs of compositions for nine-figure sums. Specialty funds, music labels and private equity groups have been eager buyers as they seek to invest in older works that have exploded in value.

KKR and Blackstone have committed billions of dollars to buy music rights, viewing them as credit-like assets offering a predictable return in a low interest rate environment, while two of the biggest record companies, Universal Music and Warner Music, went public at high valuations.

An iconic catalog like Bowie’s generates revenue for decades as the British artist’s songs continue to be streamed, played on the radio or used in films and commercials.

Songs have two copyrights – one for the writing and one for the actual recording, or master copy. Bowie’s estate last month entered into a long-term licensing agreement with Warner Music for its catalog of recorded music.

Bowie passed away in 2016 and left his estate to his second wife Iman and two children. An estate representative declined to comment.

In 1997, Bowie considered selling his main recordings before deciding to work with the insurance company Prudential to issue “Bowie Bonds” which used future royalties from his songs as collateral.

Rather than derive a steady income from income from his earlier catalog, the bonds allowed Bowie to borrow more money up front.

The sale grossed $ 55 million, but soon after the rise of Napster fueled an illegal file-sharing boom that decimated the industry.

Because of Napster’s success, Bowie predicted in 2002 that his copyright would lose most of its value as music became a commodity like “running water or electricity.” Bowie bonds liquidated in 2007.

Amazon Prime members will now have to pay for this benefit. What there is to know