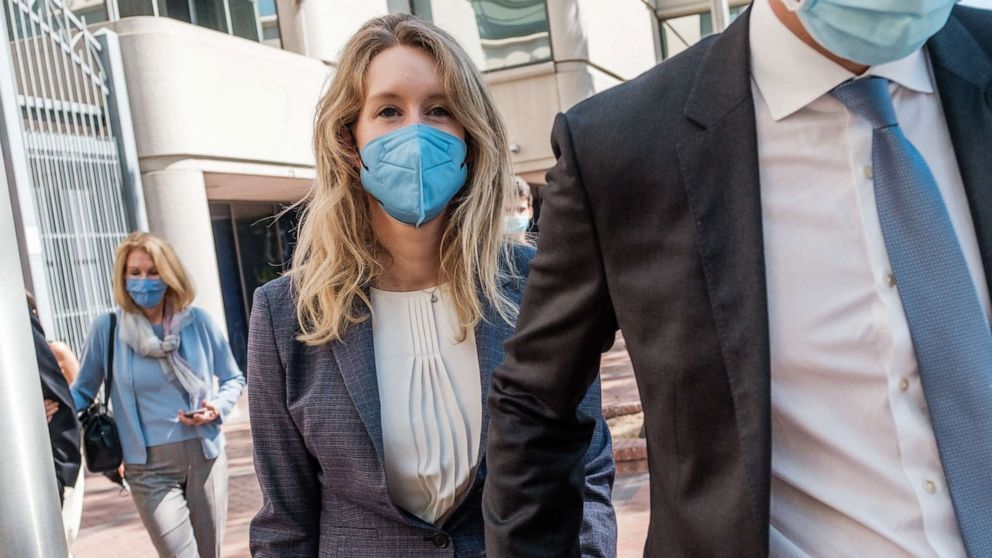 Just three weeks after the start of Elizabeth Holmes’ criminal trial, jurors have already heard allegations of lies, deception and alleged intimidation from those working directly under her command – and the trial is set to continue in December.

“I was afraid things would not turn out well,” former Theranos scientist Surekha Gangakhedkar told prosecutors when asked why she made copies of internal communications and documents before resigning. the company. “I was also afraid of being blamed.”

A full recap of last week’s proceedings is available in today’s episode of “The Dropout: Elizabeth Holmes on Trial” for free on Apple Podcasts, Spotify, Amazon Music, or wherever you listen to podcasts.

Theranos was founded by Holmes in 2003. The company claimed to develop blood testing technology that only used small droplets of blood.

Cheung told the court that Theranos frequently selected the data, removing “two data points that would not meet the metrics we needed.” She added that in March 2014, about one in four Theranos tests had failed.

Cheung was one of the whistleblowers who first leaked information about Theranos to the Wall Street Journal in 2015. ABC News interviewed Cheung in the first season of “The Dropout.”

“Our quality checks were failing at one point … which seemed [like] almost every day, â€Cheung told ABC News in 2019.

Gangakhedkar was the former director of dosing systems at Theranos and reported directly to Holmes. She told the jury that she did not think Theranos’ devices “were ready to be used for patient samples.”

Prosecutors presented several emails from 2013, in which Gangakhedkar reported directly to Holmes the results of numerous failed tests on Edison devices. At the time, Theranos test centers were already installed in some Walgreens stores.

When prosecutors asked Gangakhedkar where this pressure was coming from to move forward before Theranos was ready, she quickly replied “from Mrs. Holmes.” Holmes’ defense has just started challenging Gangakhedkar and will continue on Tuesday.

The court granted Gangakhedkar full criminal immunity before she appeared on the witness stand. She told the court that she took documents with her when she left the company, despite her nondisclosure agreement, “to protect me and have a case file in case any problems arise in the future.” .

By the time Cheung spoke with an investigative reporter in 2015, she believed she was being followed by people hired by Theranos. Shortly after starting another job, she told jurors that she received a letter from a stranger at an address not many people around her knew about.

The jury was shown the letter from the company Boies Schiller Flexner and claimed that it had disclosed “trade secrets and other confidential information of Theranos without authorization”.

Recent financial documents from Theranos made public through Holmes’ lawsuit show that the company paid $ 150,000 to private investigators for a project called the “E. Cheung & T. Schultz project”. Tyler Schultz was another Theranos whistleblower speaking with an investigative reporter at the time.

A source familiar with the transaction told ABC News that the Boies Schiller Flexner company made it easier to hire these investigators. The firm declined to comment on the matter.

This week, Gangakhedkar will conclude his testimony Dan Edlin was once the Senior Project Manager for Theranos and one of many friends recruited into the business by Holmes’ brother Christian.

Holmes and his attorney did not respond to repeated requests for comment from ABC News.

Listen to the latest episode of “The Dropout: Elizabeth Holmes on Trial” HERE:

New episodes of “The Dropout” are available for free at Apple podcasts, Spotify, Amazon Music, or wherever you listen to podcasts. Click here to find the show on your favorite application.

How to upgrade to Spotify Premium