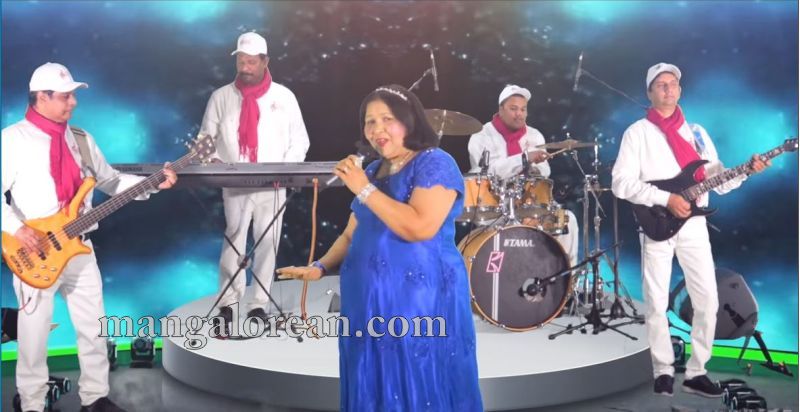 Kuwait-based musician Maestro Shahu Almeida’s Konkani musical show “IXTTA UGDDAS TUZO” premiered on YouTube has captured the hearts of Konkani’s global audience since its launch on September 25, 2021. The show has recorded over 20,000 views in a matter of days.

Popular Kuwaiti videographers, Rhythm & Poetry, including Dwane Almeida, Rex Almeida and Jeff Almeida, did the entire edit of the show shot on the latest technological know-how of green screen chroma.

The premiere attracted a large global audience, proving once again that experiences like this are sure to be the future of Konkani online entertainment.

One of the most popular Goan musicians outside of Goa, the magical maestro started the show by seeking the blessings of Goan’s patron saint, Saint Francis Xavier, on all the Goans scattered around the world.

The show has Maestro Shahu’s entire family involved – Shahu on keyboards, his 14-year-old son on drums, with his wife Clemmie Almeida and 13-year-old daughter Acacia Almeida engaged in vocals.

IXTTA UGDDAS TUZO is a musical tribute to Shahu’s father-in-law, the late Cajetan de Sanvordem, a famous actor and singer – well known as the “Thespian of Konkani Stage” – best known for his impeccable and unparalleled smile on stage.

The show and music are fully coordinated and arranged by Shahu Almeida. The 2.5 hour musical consists of a variety of songs on different topics, jokes and speeches!

Music for the show is provided by Shahu Almeida & his band boys including Lennon D’Silva, Dennis Gonsalves, with his son Aerosmith Almeida on drums.

Popular Goan in Kuwait Mr. Fidelis Fernandes was the main guest – on the show, while Father Franco Pereira was a special guest. Both spoke on the occasion and praised Maestro Shahu for organizing the show in remembrance of Cajetan de Sanvordem who lived in Kuwait for several years and served the Konkani stage.

Sucorina Fernandes, a series artist and record Goan actress residing in Kuwait for several years, was honored for her service to the Konkani stage and art. While the seasoned actress thanked the Maestro for this honor, the soft-spoken Shahu Almeida thanked all of his supporters and performers in his speech for supporting him in setting up the show.

While he has performed for most of the shows held in Kuwait, Shahu Almeida’s popular shows performed in Kuwait and other parts of the Gulf and the UK are as follows:

News browser: what is the popular Japanese music channel “The First Take”?