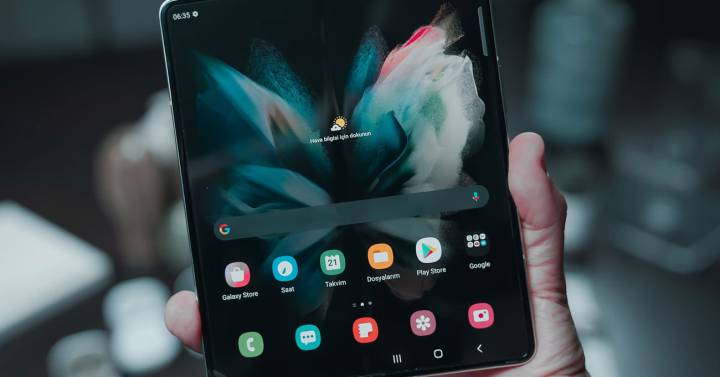 Advances such as those offered by Samsung in its new lines with foldable screens are very good, as many understand that this is the future of mobile telephony, but they find a significant problem that manufacturers are trying to solve in every way imaginable. : that these form factors other than the 21: 9 vertical screen standard need the software to adapt. And of course, at this point, the blame doesn’t come so much from Samsung as from those responsible for these apps that it wouldn’t hurt if they took advantage of the benefits of these displays. Koreans, of course, have adapted all of theirs already, but what about the others we normally use? Well, there is a need to encourage its developers to make sense of the extra work they have to do. Google, Microsoft and Spotify are divided The case is that with the launch also for the foldable models of 2020 of the update of One UI 3.1.1, some companies have taken the opportunity to adapt their applications to the many forms that we can adopt with these Phone (s. It is not only a question of exploiting the virtues of the large screen of the Galaxy Z Fold 3 to have a more rational distribution of menus and closer to that of a tablet, but to adapt each element with different degrees of closure. This is the case, for example, of YouTube, which was one of the first to update and which allows in stand mode (screen tilted close to 90Âº) to have the view of the video we selected at the top and bottom, in the other half, the ability to continue browsing the channels, recommendations and other content of the platform. As you can see above, Microsoft also responded to Samsung’s call and has optimized some of s applications to take advantage of the real foldable screen, for example during video calls, where we can see the cameras of all participants below and just above the blackboard, on which we can draw with the S Pen to transmit a message or indicate something relevant to the audience. Spotify also joined in, making better use of the screen and showing two different elements at the same time: on the right the album or playlist information with all the songs in view and, on the left, the area with the cover. and control checks. playback of the song currently playing at that time. Of course, to take advantage of these improvements, we recommend that you go to the Play Store and download these updates from the Google, Microsoft and Spotify apps. >