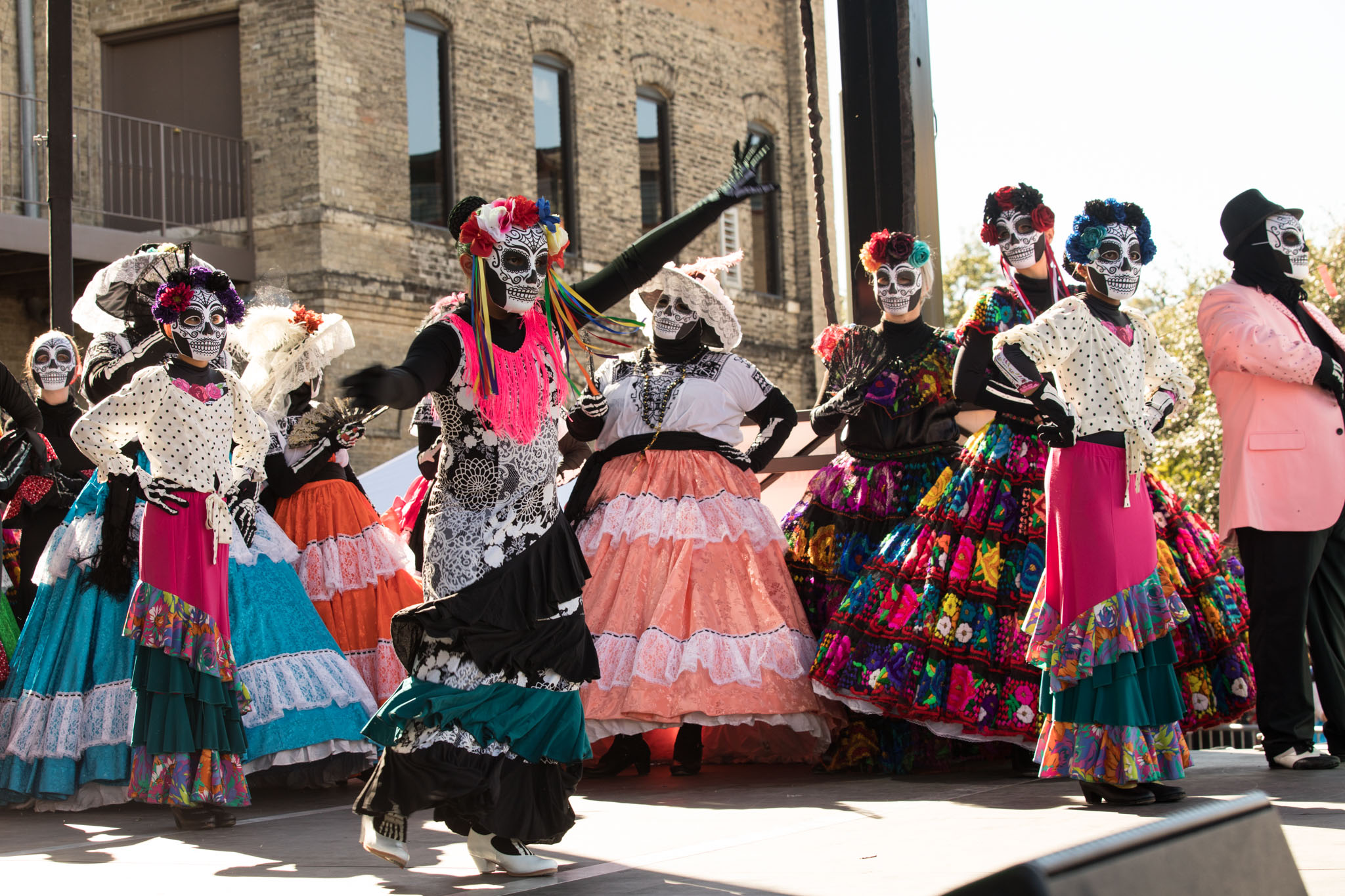 It will be a busy weekend for the Guadalupe Cultural Arts Center. Not only will its resident dance troupe, the Guadalupe Dance Company, be celebrating its 30th anniversary with two performances Oct. 1-2 at 8 p.m. each evening, the much-anticipated Guadalupe Latino Bookstore will also hold its grand opening.

The Guadalupe Dance Company was started in 1991 under the leadership of Pedro Rodriguez to ensure that the folk tradition would find regular expression in San Antonio.

Rodriguez “had a vision for a dance companyâ€¦ that would really speak to the community, and allow the community to tell their stories through dance,” said Belinda Menchaca, who took over from Martinez the following year and added his expertise in flamenco dance to the mix.

The troupe first performed on September 15, 1991 at the Lila Cockrell Theater and was housed at the Mexican Cultural Institute during its early years. This relationship produced the collaborative production of Rio Bravo by Mexican choreographer Rafael Zamarripa, who was partly inspired by the â€œAncient Texasâ€ exhibition at the Witte Museum. The San Antonio Symphony provided music with mariachi bands and other local musicians.

That spirit of collaboration continues today, Menchaca said, and includes dances produced with choreographers from Mexico and Spain.

The upcoming weekend’s performances will be largely dedicated to traditional dances, Menchaca said, and will include music by Mariachi Azteca de AmÃ©rica.

The members of the company include graduates of the Guadalupe Dance Academy, created by Menchaca to promote folk and flamenco traditions. Menchaca herself has danced with the company for most of its existence, alongside longtime member Jeanette Chavez who is now the director of the dance program.

The Friday night event will however be accessible via a live broadcast, with a multi-camera setup to capture the grandeur of the event, Menchaca said.

Friday will begin to celebrate another important tradition for the community of Guadalupe: Texas Latino literature. A ribbon cutting at 1 p.m. will begin the festive grand opening of the Guadalupe Latino Bookstore in the Progreso building across from the Guadalupe Theater.

After five years of preparation, according to Cristina BallÃ­, executive director of the Guadalupe Cultural Arts Center, the bookstore will feature Texas Latino authors, including works of fiction, non-fiction and children’s books.

The inauguration ceremony will be followed by a reception with music and refreshments, then readings from 6 p.m. to 8 p.m. in honor of the bookstore’s â€œmadrina and padrinoâ€, author Carmen Tafolla and academic Tomas Ybarra -Frausto.

Other guests in attendance will include Max Baca, a local musician who published an autobiography earlier this year, and Roberto “Dr. Cintli” RodrÃ­guez, who will be present for the launch of his new book. Write 50 years (mas o menos) among the Gringos published by Aztlan Libre Press of San Antonio.

BallÃ­ said the bookstore would also serve as a gift shop, showcasing crafts from Texas Latino artisans, and as a visitor center for the New Westside Cultural District, which received the official designation from the Commission of Texas Arts September 9.

While BallÃ­ hopes the bookstore will become a community center, she acknowledged that it will start small, with a limited selection of books.

â€œI’m afraid our initial inventory will be disappointing,â€ she said, â€œbut we’re going to develop itâ€ with the help of Tony Diaz, a literary figure from Houston who hosts the Macondo Writers Workshop Open every year. Mic in San Antonio, among other affiliations.

The community gallery and gift shop fulfill the original plan of the renovated Progreso building, BallÃ­ said, while the bookstore expands the centre’s cultural mission.

â€œIt’s a service that not only does the West Side need, and that San Antonio needs,â€ she said, but â€œthe whole state needs to have this concentration of Texan, Latino writers. and Latinos â€, and San Antonio is the right place for that.

The opening of the bookstore is free and open to the public. Tickets for Guadalupe Dance Company performances, including the Friday live broadcast, are available on the Guadalupe Center website.