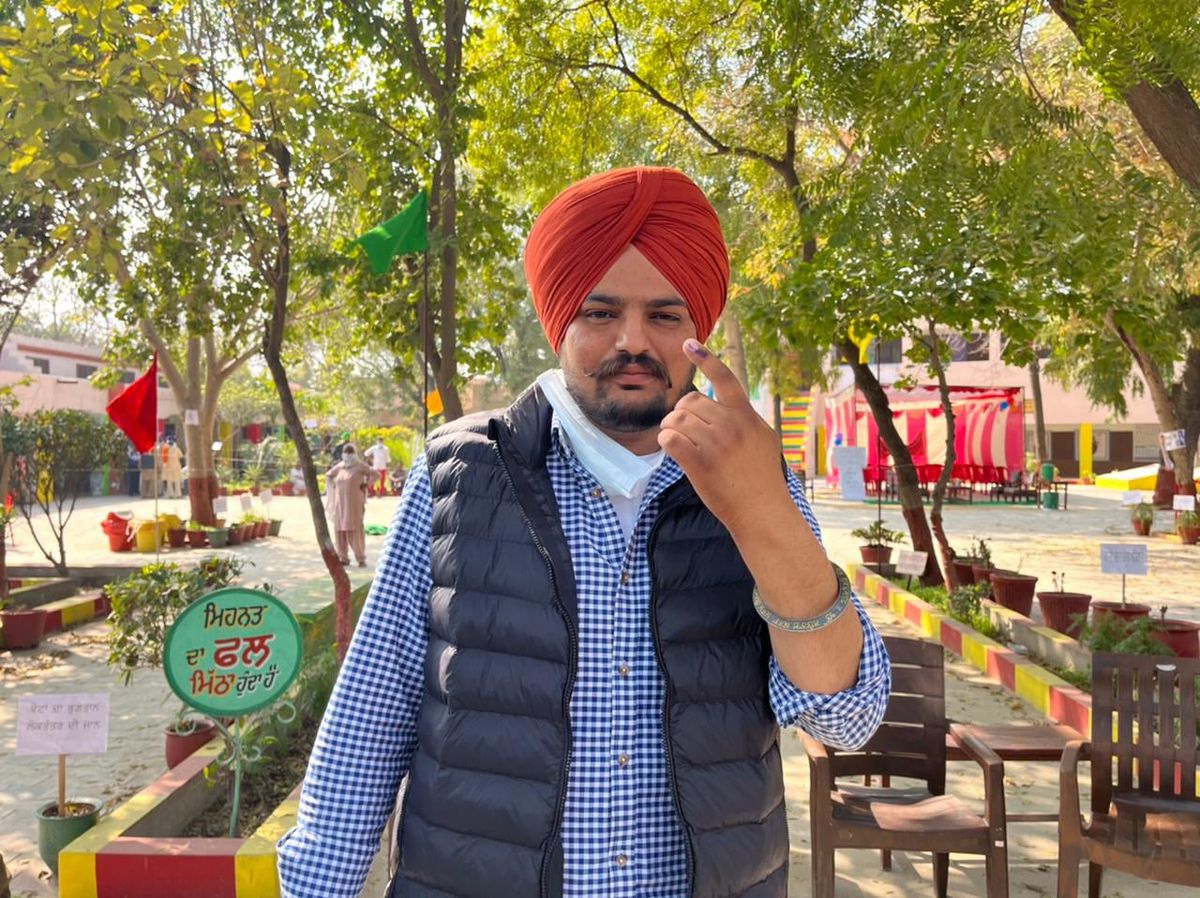 Punjabi rap star Shubhdeep Singh Sidhu, better known by his stage name Sidhu Moose Wala, was shot dead in India on Sunday morning, shocking many in Canada, where Mr Sidhu shot to fame after moving to the country in 2016 as an international student.

According to Indian police, Mr Sidhu, 28, was driving a jeep with his friends when he was attacked by assailants.

Indian police say the singer was killed in a gang rivalry, which may have links to Canada. The assailants fired 30 rounds at the vehicle and Mr Sidhu was pronounced dead on arrival after being taken to hospital.

Mr. Sidhu, who has spent most of the past six years in Brampton, Ont., recently joined the political fray in India and unsuccessfully contested the election as a candidate for India’s main opposition party. of Congress. The attack on him came a day after the state government withdrew its security service.

“I am shocked and deeply saddened by the horrific murder of Siddhu Moose Wala. No one involved will be spared. My thoughts and prayers go out to his family and fans across the world. I call on everyone to remain calm Punjab Chief Minister Bhagwant Mann tweeted.

“It seems to be a case of gang rivalry,” Punjab Police Chief VK Bhawra told the media on Sunday night. “Two out of four commandos have been temporarily withdrawn from the security of Sidhu Moose Wala. But when he left the house that afternoon, he did not take the commandos with him. He also did not take his private armored car.

“On the orders of the Chief Minister, we are forming a special investigation team… we are working to solve this matter as soon as possible.”

Fans of Sidhu Moose Wala in Canada, which he considered his second home, woke up to the news on Sunday morning. Musicians across the country, including superstar Drake, paid tribute to Mr. Sidhu.

In 2016, Mr. Sidhu came to Canada on a student visa and was extremely successful. During his brief but successful career, he gained millions of fans all over the world. Each of his videos has accumulated tens of millions of views on YouTube.

Gursewak Dhillon, a Punjabi rapper based in Abbotsford, British Columbia, said he had “revolutionized Punjabi music in Canada”.

“Before Sidhu, people looked to India and UK for the freshest Punjabi music. After his rise, Canada became the center of the industry. There are many young people in Canada for whom he is a pioneer,” Mr. Dhillon said.

Sidhu Moose Wala is credited with pushing the boundaries of Punjabi hip-hop, combining conventional Punjabi pop music with trap. One of his biggest influences was 90s rap star Tupac Shakur, who was also shot.

Vancouver-based radio host and musician Nick Chowlia said Sidhu Moose Wala’s impact will be felt for years to come. “He was our Tupac. You may or may not like his music but you can’t deny the impact he had on the Punjabi music industry. Fans all over the world will miss him, but especially in Canada.

Critics have called Mr. Sidhu’s lyrics to glorify gun culture and gang violence. Many of his videos showed him towering over police officers and brandishing guns. In 2019, the city of Surrey, British Columbia asked the organizers of a music festival to drop the performance of Sidhu Moose Wala based on an RCMP public safety assessment.

But many believe it was precisely this bravado that struck a chord with some of his young listeners. Mr Chowlia said the rapper “speaks to this younger generation. He was an artist, he wrote what they liked. Its real impact has been to give a voice to a new generation.

Mr. Dhillon says it was his life story that touched young immigrants. “He started from scratch. Many young people on student visas look at people like him and think if he can come from a village in Punjab and make it in Canada, so can we.

In his videos, Mr. Sidhu acknowledged his identity as a Punjabi Sikh immigrant to Canada. His song of 2018 B-City, which has nearly 40 million hits on YouTube, is a tribute to the city of Brampton. He regularly wore the Toronto Raptors and Maple Leafs badges as a nod to his Canadian fanbase.

Mr Chowlia said the Canadian Punjabi music industry was in shock. “We on the west coast woke up to this horrible news. For many, this has still not been understood. This one is going to take a long time to process.

With reporting by Neha Bhatt in New Delhi