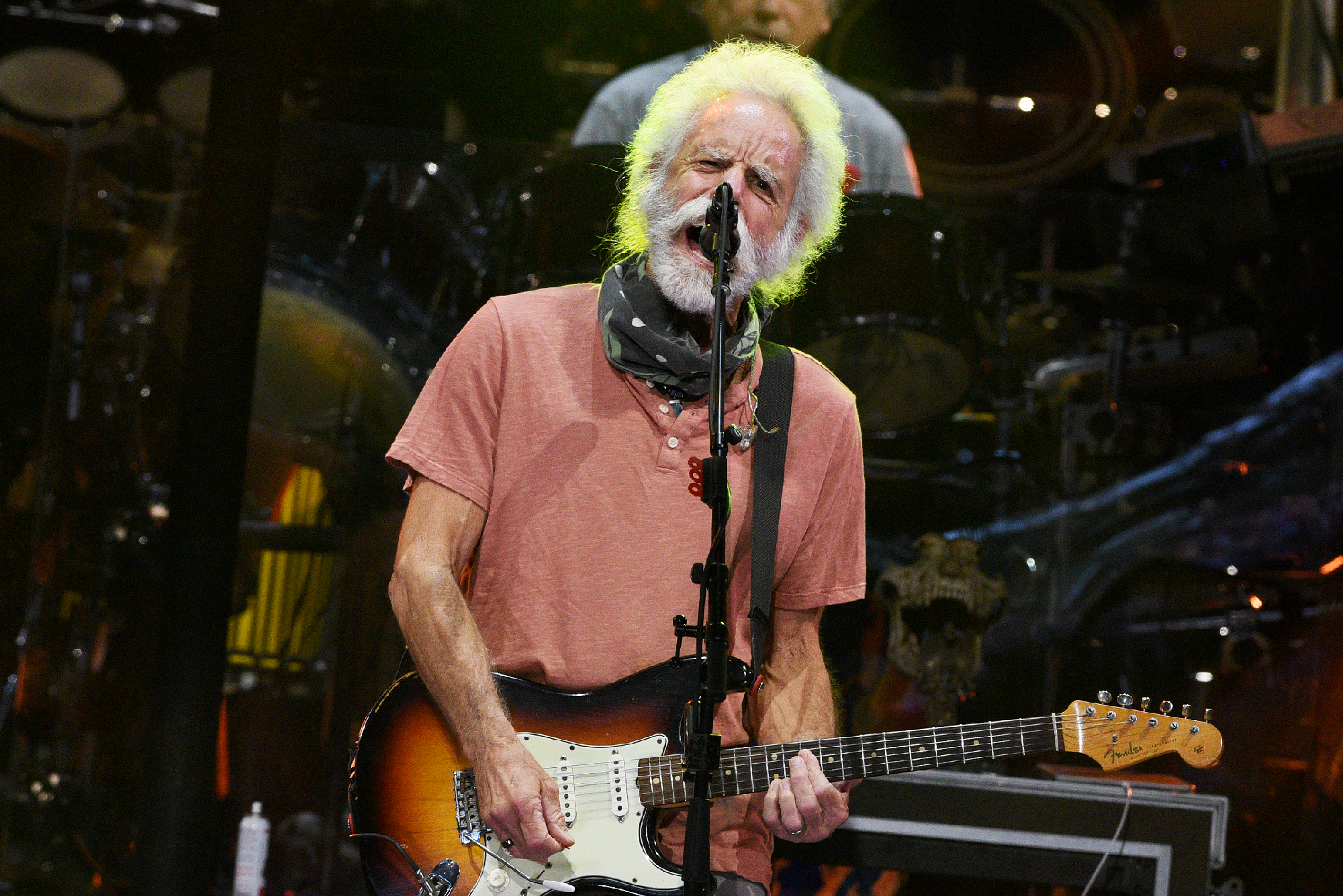 Review: Thoughtful Jams of a Cohesive Dead & Company in Front of Large Crowd at SPAC

The legacy that Dead & Company secured was on full display Friday night at the Saratoga Performing Arts Center. Band leader Bob Weir and the original drumming duo of The Dead anchor the traditional and ancient sound of the band. They are juxtaposed – carried – by the young and serious energy of guitarist John Mayer, who is no longer cutting his teeth right in front of us, but, as he showed us on Friday, has fully arrived.

They started with a classic “Shakedown Street” opener. A slow, dragging tempo that seemed to struggle at first, but quickly established itself as the intended groove. In fact, that was the tempo of most of the show.

They followed up with “Bertha”, again slow and seemingly lazy. But once you embrace this slow, unhurried approach and stop wishing it would move faster, you embrace and appreciate Weir’s transformation as an older statesman. For those who know old “Bertha” as being very energetic with the promise of muscle flexing bass and drums, that doesn’t happen with this band anymore. Instead, you get a melody flowing peacefully with some pretty currents.

Certainly, Dead & Company pursued ambitious ideas, ventured far from the structures of the song and left its mark on many jams. Their sweet spot, as in â€œThey Love Each Otherâ€, was a soft, weathered streak of camaraderie.

They played “West LA Fade Away” and “Scarlet Begonias” with a freshness that the original Dead struggled with in their later years. Weir, who has been playing SPAC for decades – when garden seats cost less than nine dollars – has turned his singing into a master of storytelling. Its inflections, its accents, its discreet intensity transcend secular norms in one-act pieces. He delivered ballads like “Peggy-O” and the beautiful song-poem “Days Between” – perhaps his best song of the night – with the control and depth that reflect his years on the mic.

Mayer gets better every year, and it was a fantastic show. He works hard, no longer feels like a guest, and delivers appropriately – rarely over the top, but far reaching when it’s time.

The group is also split between the three members of the Grateful Dead – two drummers and Weir – and Mayer, bassist Oteil Burbridge and keyboardist John Chimenti. You can sometimes feel their collective younger energy pushing back the restraint of Weir and the soft-hitting drummers. But they are a great unit and seem to be having fun.

Scientists have been wondering for half a century about the value of having “space” and “batteries” at each show. Why not have it all the other shows? Or three times per tour? But at each show? It wasn’t necessary on Friday night, except for the thousands of people who ran for drinks or to use the bathroom.

Mickey Hart and Bill Kreutzman are no longer a source of excitement for the group. They are there, and they can be felt, but they don’t push the group with the roaring thunder they once wielded during their fiercest days. Weir is probably not asking for anything more than the small amount they deliver. But you have to wonder what lively and energetic percussion could bring to the show.

There were bouncy be-bop moments during “Help on the Way” and an upbeat swing during “Cumberland Blues”, where Weir ceded control to Chimenti and Mayer, who showed their chops a bit.

For the most part, there were no Herculean feats or moments on top of a mountain. Instead, the sold-out crowd – 25,000 – had some really good, thoughtful jams and cohesive teamwork from one of the biggest jam groups today. As they play a traditional Grateful Dead concert, they transformed the feel of the songs’ subtlety, organically, into their own space. Band members may continue to change in the future, but the music may never stop.

More from The Daily Gazette:

The best tech deals from Amazon this week