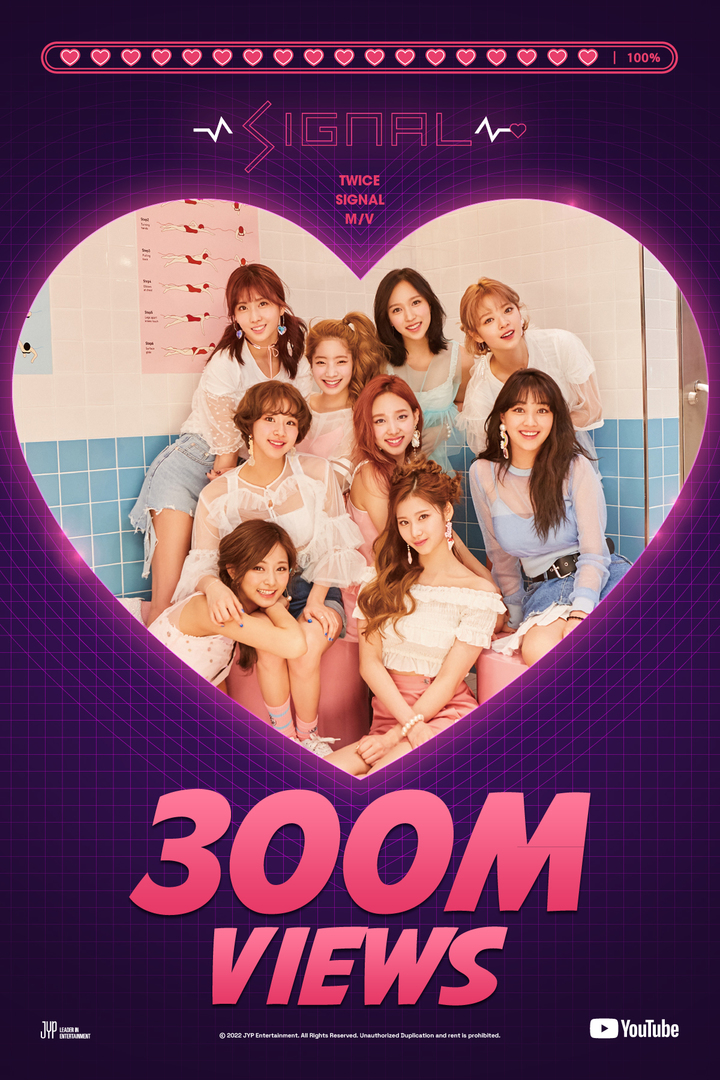 The group now has 14 music videos with over 300 million views, the most for a girl group in the world.

“Signal” is the lead track from the band’s fourth EP released in 2017.

Meanwhile, Twice will release their fourth full album in Japan on July 27. The “Celebrate” LP marks the fifth anniversary of her debut in the country. In March, their fourth compilation album in Japan “#Twice4” was released, and last week a DVD was released in which the nine members of the group look back on their past five years. The DVD ranked #1 on Oricon’s daily DVD chart.

Starting in November, the band will perform 17 times in six cities for a combined audience of 155,000. The group has released four EPs since their 2020 debut and plans to release a new album this summer. His most recent album was “The Second Step: Chapter One” EP in February.

The main track for the new album has already been selected and the band members will start shooting the music video soon, according to the management company. But for now, there will only be 10 members instead of 12. Bang Yedam has decided to focus on studying music to enhance his production skills, while Masiho is away in Japan due to health problems.

Treasure is also planning big plans to mark the second anniversary of its August debut. It is possible that the band will hold a concert in Seoul, their second in Korea, before starting their tour in Japan.

All of BTS’s youngest member Jungkook’s Instagram posts were deleted on Tuesday.

The artist’s personal account — jungkook.97 — shows no messages. He opened the account in December last year, simultaneously with the other band members. He had been actively communicating with fans through the channel and had amassed 40 million followers as of last week. He is only the second Korean male artist to have so many followers on Instagram, along with V.

His two videos, one showing him boxing and the other dancing, shared on Instagram generated 20 million views in less than 24 hours. Only two people had previously achieved the same feat: footballing legends Lionel Messi and Cristiano Ronaldo.

Meanwhile, BTS will release the anthology album “Proof” on June 10. The group is currently in Washington to meet with US President Joe Biden.

Just B will host the 1st concert in July

The group which debuted about a year ago will share the experience with more fans by communicating with those in other parts of the world in real time during the concert, which will also be broadcast live, incorporating a range of technologies .

The band’s latest album is the second EP “Just Begun”, released in April.

“Our goal is to meet more fans around the world this year,” the band said in an interview with Rolling Stone Korea earlier in May.

Apple Music Playlist Curators You Should Pay Attention To