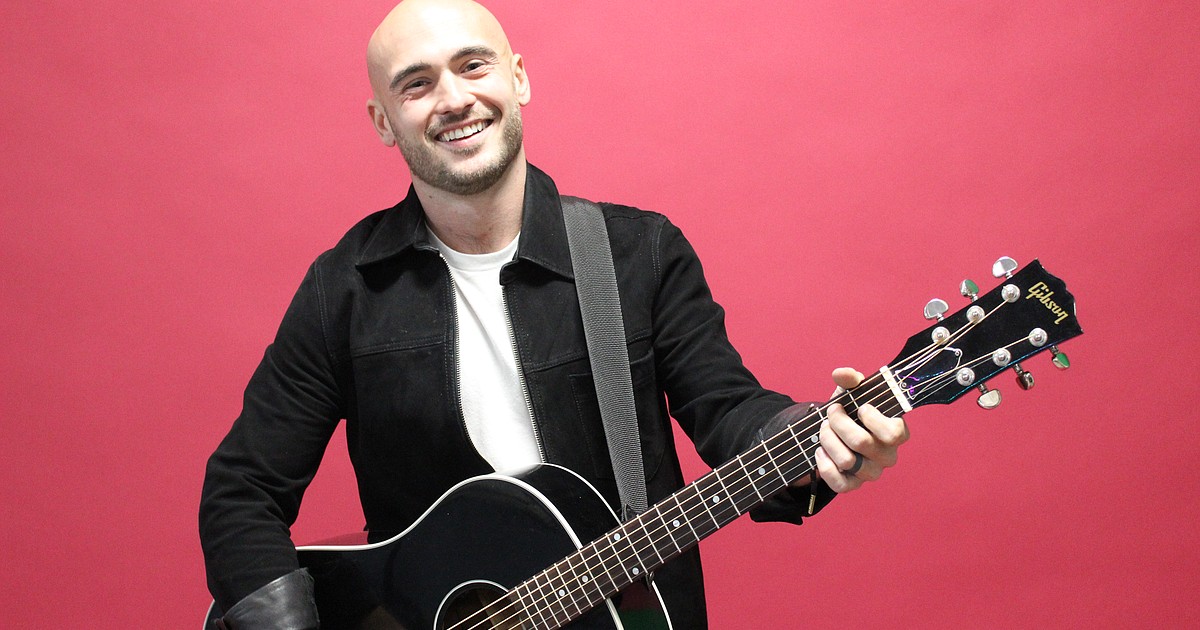 Local musician Tommy Edwards said he was invigorated and more excited than ever to share new music after a stint on “The Voice” on NBC.

Edwards said the singing competition inspired him to reach new heights and the Flathead Valley musician returned home with plans for a new series of concerts and new original music.

His musical journey began far from the Flathead. He is originally from Hendersonville, Tennessee, where he watched his father perform in bands as a hobby while growing up. When Edwards and his brother Josh took to sports at school, the family began hosting bonfires for their teammates and parents. This is where Edwards drew on the guitar.

â€œThis is where all the music started; you know he would sit down with his guitar almost every weekend and bribe me to come and play around the fire, â€Edwards recalls. “When I was 12 he bought me a guitar and I started playing music, listening to my dad do his thing, and it all took off from there.”

Edwards moved to Bigfork in 2012 while still playing music as a hobby. That changed when he met Luke Lautaret of local band Marshall Catch at an open mic party at Blondie’s. Edwards said Lautaret had taken him under his wing, and soon Edwards was playing other open mic nights, learning to set up his own equipment and book new gigs.

â€œI played my first gig and fell in love with it,â€ said Edwards. “So I put together a set and started running”

EDOUARD SAID his music is rooted in rock’n’roll, but he tries to marry it with a pop influence and a bit of southern twang. After playing covers for so long, he fell in love with artists like Tyler Childers who have deep roots in Appalachian country. Edwards only played covers, happy to be able to make a living playing music, but lately things have changed.

â€œI’ve been falling in love with songwriting lately, because after going on ‘The Voice’ and getting this platform and having this mental shift of ‘I have this opportunity here, what? what am I going to do with it? ‘.. How do you take the next step, and for me, it’s writing an album and releasing it, â€Edwards said.

Once he started playing gigs around the Flathead, people immediately started telling him that he should try out for “The Voice”. One night after a show some of his good friends really pushed him to start the process, so Edwards created a profile and uploaded a video of him, his dad and Aaron Fetveit playing the song “Tennessee Whiskey”. Two or three years have passed, and one day he noticed an email from a casting company.

â€œIt was an email attached to my Facebook, which I never verify,â€ Edwards said. It was a week-long email from a casting company saying ‘Hey, we’re a casting company for’ The Voice ‘, we love your stuff and we want to take you to Salt Lake and maybe bring you into the series. ”

Edwards traveled to Salt Lake City for a private audition for Season 19 and then got a call inviting him to Los Angeles to officially participate in the series. It was early 2020, and the onset of the Covid-19 pandemic pushed back Edwards’ chance to be part of the singing competition. He said it was initially disappointing but he submitted another candidacy for this season and to his surprise he succeeded a second time.

Edwards sang Train’s â€œDrops of Jupiterâ€ during blind auditions for the show, a process where the judges can only hear the singer. Country singer and judge Blake Shelton was quick to put Edwards on his team. He went to the “battle round”, where two singers compete and their coach chooses between them. Edwards said working with Shelton was a great experience, adding that he didn’t have any marks for her during their rehearsals and told her to “do that on stage”. But, Edwards said his favorite part of the show was the connections he made with other singers.

â€œThe relationships that I have established with the other candidates – I have friendships now. We keep in touch, we help each other in our careers, â€said Edwards. “The friends I’ve made, what I’ve learned about the music business and the creative side of music is absolutely amazing.”

ANOTHER PLUS to be on the show is “the fire he kindled” in him when it comes to his music career. Edwards recorded singles and worked on an EP in his studio in Kalispell. He founded Treehouse Studios with his brother Josh, who is his manager and a full-fledged musician. Both wanted a way for valley artists to professionally record their music. Edwards recently performed his unreleased singles “Chase” and “1,500 Miles” on a local radio station. He has stated that this original music will be part of his new ensemble, which can be seen during his new concert series, titled “The Crown Jewel Concert Series”.

Edwards and other musicians will perform twice a month for the series, which takes place at the Jewel Basin Center in Bigfork. The first show to kick off the series will take place on November 6, where Edwards will headlining and Polson musician Ben Weagraff, or Benji, will also perform.

The new concert series will be the first time he has performed since being on “The Voice” and he is delighted to unveil his revamped show with new original music, accompanied by a full band.

“I had a little taste of success, I was in the spotlight, and I never really wanted fame, I never really liked being in the spotlight necessarily, but having a little. sneak peak and show the world what I have and what I can do that, I believe in it, and it just asserted that this man, I have something going on and I have to get on with it. It really motivated me and I’m ready to go as far as I can, â€said Edwards.

Find Edwards’ music, events and join his mailing list by visiting tommyedwardsmusic.com. The Crown Jewel Concert Series begins November 6 at the Jewel Basin Center from 8 p.m. to 11 p.m. The event is open to all ages. Tickets can be purchased in advance for $ 20 by visiting its website or can be purchased for $ 25 at the door.

Journalist Taylor Inman can be reached at tinman@dailyinterlake.com.