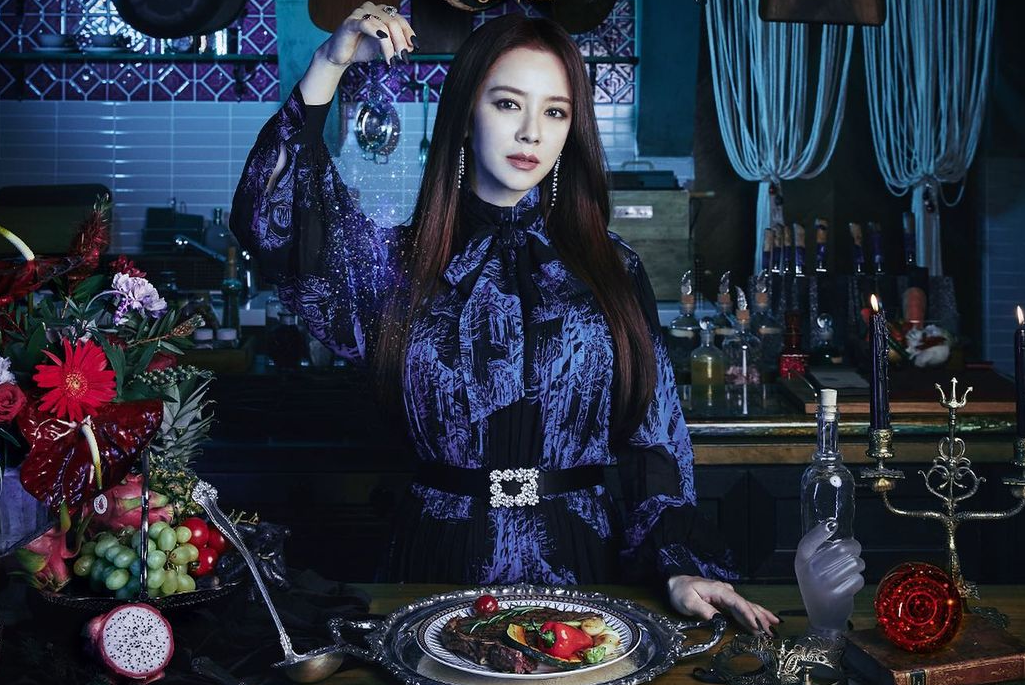 According to a July 26 report, the original TVING series received favorable reviews from viewers. Witches’ dinner Episode 1, which aired on July 16 and released on YouTube, has already garnered 1.4 million views and is still counting.

Proving its popularity, the premiere of the drama gathered viewers from different countries. The drama immediately grabbed the attention of viewers with its fresh plot and gorgeous production, concept, visuals and sets.

Based on the original plan, â€œThe Witch’s Dinerâ€ is slated to release two episodes per week. But due to great audience interest, the production team changed the decision and announced the release of one episode per week to increase their hype.

The explosive reactions to the drama are evident and have become constant across various social sites.

Some viewers unwittingly saw the drama on YouTube and confessed that they ended up watching the entire episode. They even spread the word and recommend “The Witch’s Diner” to other fans looking for a new Korean drama to binge on.

As a man who dreamed of someday being successful, Bae Yoon Ki tried everything to support himself, pay off his school debt and at the same time look for a stable job to cover the costs of his sick mother’s surgery.

Since being rejected several times in job interviews, Yoon Ki has no choice but to take risks. He looked anxious and scared when he decided to take Jung Jin hostage because Bae Yoon Ki is not the type of person to hurt others. He was just forced to do it because of his situation.

Jo Hee Ra (Song Ji Hyo) saw the chaos happening inside his restaurant, and a few minutes later Yoon Ki surrendered and confessed that he just needed money and food for to survive.

After hearing his feelings, Jo Hee Ra offered to grant his wish, but he has to pay the price in return.

Meanwhile, Jung Jin and Lee Gil Yong (Chae Jong Hyeop) alternately chatted with Yoon Ki about Jo Hee Ra’s terms and conditions regarding granting a wish. The foreigner cannot believe it at first, but ended up asking for a decent and stable job to earn a living.

That same night, Yoon Ki was embroiled in an incident where both of her fingers were cut off after saving a woman from her manipulative boyfriend.

Due to his heroic act, he made headlines and has been dubbed the Hero of the Nation. Yoon Ki also received awards for his good deeds, and his wish for a stable job was finally granted.

Just like what Jo Hee Ra had asked her before in exchange for her wish, she wanted both of her fingers. Having Yoon Ki’s fingers removed became the price of his wish.

Lee Gil Yong’s wish is to be with Jung Jin

When Lee Gil Yong and Jung Jin saw what happened to Yoon Ki, they were both happy and worried for him. They still couldn’t believe that something truly magical could happen just by asking Jo Hee Ra.

Meanwhile, Jung Jin frankly asked Lee Gil Yong what kind of wish he requested from Jo Hee Ra, and has she ever granted it for him.

The student didn’t explain what he asked Jo Hee Ra, but just smiled at Jung Jin, signaling that his wish was finally granted.

A flashback appeared showing the conversation between Hee Ra and Gil Yong. It was later revealed that his wish was not to take revenge on his classmates, but to be closer to Jung Jin.

Jo Hee Ra was surprised by his wish, and to make his wish come true, he had to work part-time at The Witch’s restaurant. It also led him to be with Jung Jin, as they were the only employees at Jo Hee Ra’s restaurant.

Did you watch Witches’ dinner episode 3? How is the story so far? Share your thoughts with us in the comments!

For more information and updates on K-Drama, K-Movie, and celebrities, keep an eye out here on Kdramastars.

Kdramastars is the owner of this article.