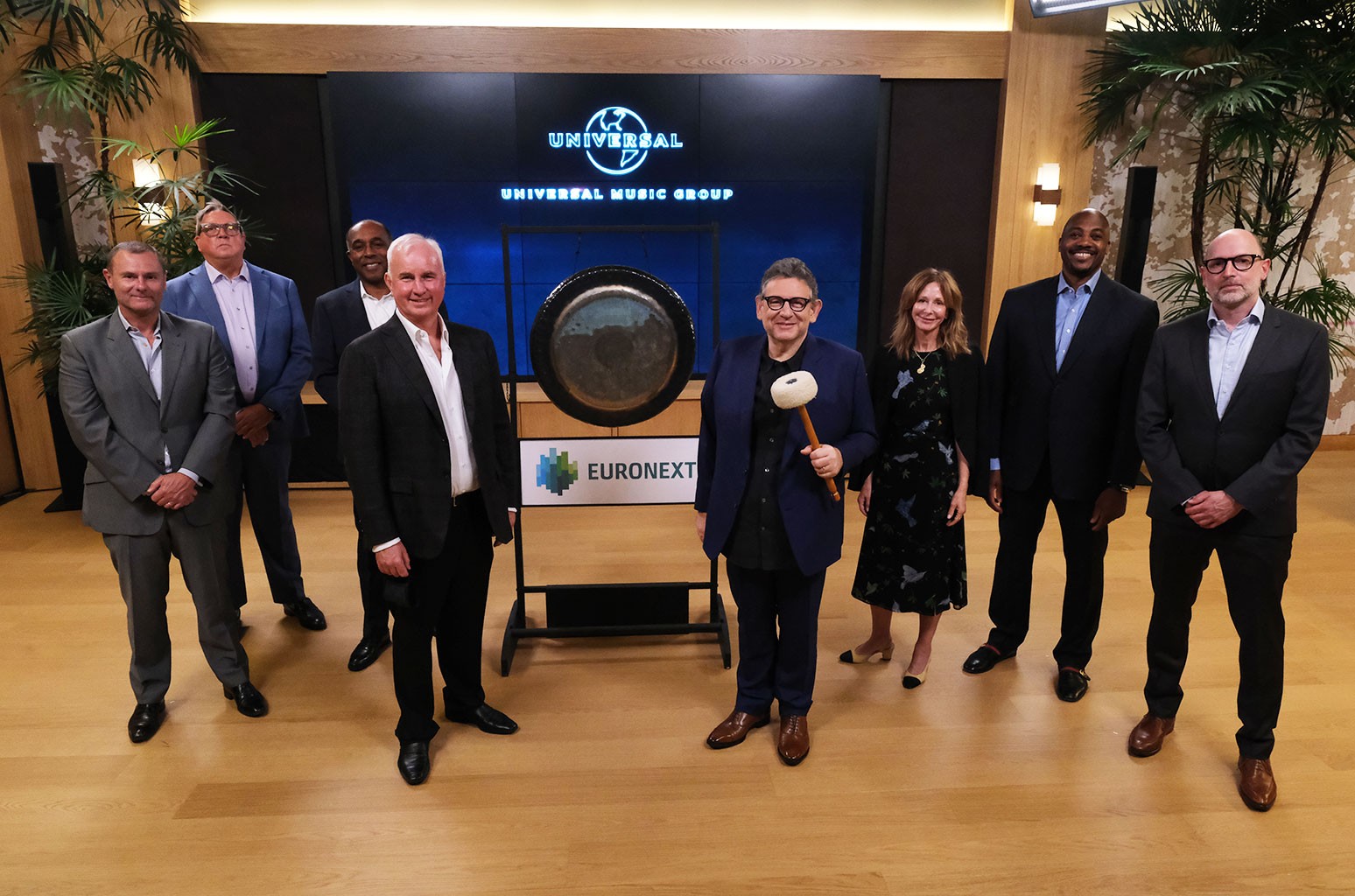 In order to become a stand-alone listed company, Vivendi had to carry out an internal reorganization in 2020 to align the parameters of what would become Universal Music Group. In this context, part of the liabilities assumed directly by Vivendi had to be transferred to UMG so that the latter could have control of all musical assets. He also had to assume the obligations and responsibilities that came with them. One of those Vivendi obligations that UMG had to assume was to guarantee royalty payments capped at 100 million euros to the Beatles, Yoko Ono and certain Apple entities.

But that’s not surprising given that ownership of EMI, acquired in 2012, was owned directly by Vivendi, not UMG, so they had to make internal and financial maneuvers to bring EMI under the latter’s banner. UMG had to pay nearly 1.2 billion euros to Vivendi to take over ownership of EMI, which was done through internal debt maneuvers, according to the prospectus.

What is the problem?

All in the family

At the same time, the prospectus also notes that UMG entered into a publishing administration agreement on October 1, 2019 with 10K Projects for its company Ten Thousand Music Publishing. As part of this agreement, UMG provided an advance of $ 1 million and a signing fund of up to $ 1.5 million per year for the first four years of the contract.

In another 10K Projects deal, dated July 3, 2019, the company led by Elliot Grainge was awarded the deal artist Gnar had with UMG’s Capitol Music Group. This agreement gave CMG the right to recoup $ 564,000 of its investment in Gnar’s music.

Under the agreement, Caroline is required to make advances to 10K for costs incurred in connection with A&R, marketing, promotion and overhead.

Another element of conflict of interest noted that UMG has entered into a global publishing administration agreement with Julian Swirsky, the son of UMPG CEO Jody Gerson. Swirsky, notes the prospectus, in October 2016, which was amended to be in effect until March 31, 2022 – although it also notes that certain specific registrations may be eligible for early termination or extended terms. . is employed as Senior Vice President of A&R at Republic Records. Additionally, the prospectus revealed that another son, Luke Swirsky, is an independent contractor for Republic Records, but it does not provide details.

In anticipation of the next wave of industry transformation, UMG and its operating companies launched Abbey Road Red, launched in 2015; gBeta Music Tech, launched in 2018 by Capital Music Group and startup accelerator Gener8tor; and Accelerator Engagement Network, a network of 12 acceleration programs. Each organization aims to mentor and promote the entrepreneurship of music technology startups. This latest initiative “has supported the mentorship of over 120 music technology startups who have collectively raised more than US $ 130 million in funding.” In addition, UMG organized 25 â€œinnovation challengesâ€ and hackathons which resulted in more than 215 working prototypes.

That chewing gum you love is back in fashion

With physical sales totaling $ 945 million in 2020 and download sales at $ 413 million, these numbers show that UMG is still invested in the sales model, even though the preponderance of revenue and its future comes from streaming. Another sign that the sales model is still a factor, UMG paid 1.1% of its 7.43 billion euros ($ 8.4 billion), or $ 82 million, in mechanical expenses to music publishers. .

As part of its listing on September 21, Vivendi distributed 1,813,241,160 shares. But UMG is authorized to issue a total of 2.7 billion shares, which means that there is already potential for an additional 887 million UMG shares to come on the market. However, this award is not like a temporary registration, which allows companies to issue further shares without going through the process of issuing another prospectus. Sources suggest that any further issuance of those 887 million UMG shares would require shareholder approval.

UMG’s prospectus states that it will pay 50% of the annual net profits of the company in dividends, twice a year; and that the board of directors has already approved a payment of 362.7 million euros ($ 420 million) on October 28. This will be the first payment for 2021, although the prospectus indicates that on April 29, the company paid a dividend totaling 422 million. euros ($ 510 million). However, this payment was for 2020.

At the bottom of page 53 of the prospectus, it is stated that in 2020, catalog content accounted for 54% of UMG’s digital and physical recorded music revenue. On the other hand, MRC Data specifies that in 2020, the catalog represented 65% of the activity. While it looks like UMG is lagging behind industry trends, it probably isn’t. First, the MRC data cited above only covers the United States, while UMG refers to a worldwide percentage. Second, there is another factor to consider: older catalog titles are often sold at a discount. Who remembers the $ 5 CD bins at Walmart and Best Buy? Or to put it another way, the UMG percentage reflects dollars, while the MRC percentage reflects a number of units. So, the lesson there may be: while the catalog has a greater proportion of the market when counting units, that percentage of the catalog may decrease when counting revenue. Understood?

In addition to its presence in all the usual territories where music plays well, the prospectus notes that UMG is diversifying its global presence even more aggressively, generating new activities and key partnerships in Israel, Morocco, Vietnam, Senegal. , Cameroon, Nigeria, Italy, India. , Indonesia, Thailand and South Korea.

In order to have a global presence, UMG employs approximately 9,370 people worldwide, including full-time and part-time employees.

As a stand-alone company, UMG will have direct access to capital markets to fund catalog acquisitions and acquire companies. As of June 20, 2021, UMG could take on billions of euros in additional debt. Until UMG has obtained certain ratings from a credit rating agency, such as Moody’s or Fitch, the company must maintain a debt-to-equity ratio of no more than 4.0, which means that its debt at long term cannot exceed 4 times its EBITDA (earnings before interest, taxes, depreciation and amortization). Currently, UMG’s leverage ratio is around 2.0, which means that UMG could take on around â‚¬ 2 billion ($ 2.3 billion) in additional debt, an amount that increases as UMG’s EBITDA increases over time.

Listed on the stock exchange by Vivendi at Heart

UMG will have leeway to adapt to the status of a public company. Vitally, UMG has appointed its first board of directors without outside appointments – these will inevitably come later – by subsequent investors. Instead, two board members have long-standing ties to UMG: CEO Grainge and Deputy CEO Vincent Vallejo. Two members come from the consortium led by Tencent which holds 20% of the capital of UMG and another also sits on the board of directors of Vivendi. UMG has a free float of 42%, which means that 58% of its shares are held by long-term investors who will not sell their shares. This ensures that UMG’s voting power will remain focused on UMG’s pre-spin off investors: Vivendi and the BollorÃ© Group, which, with an 18% stake, is Vivendi’s largest shareholder. However, these existing shareholders do not have a lock-in period and can, however unlikely, sell their shares.