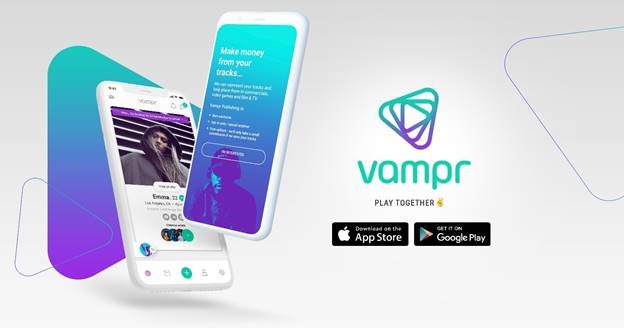 Vampr, the leading professional network of musicians and artists, opens up to the crowd with cutting edge investment opportunity

NFTs continue to transform the digital world, inspiring both consumers and creators, with musicians at the forefront of this intriguing conversation. Vampr, the first social network connecting creatives, today announced a new round of crowdfunding aimed at rewarding its investors with the social currency of tomorrow – NFTs.

As part of its third successful crowdfunding launch on Wefunder, the North American company is offering the first 400 investors who pledge $ 500 or more a one-of-a-kind original Vampr NFT. At launch, the unique NFT offering is almost fully allocated, with over $ 350,000 in funds already raised from 200 investors.

â€œWe are the first company in the history of equity crowdfunding to offer an exclusive NFT as a benefit,â€ said Vampr co-founder Josh Simons. “We wanted to offer our user-investors a collectible, limited and exclusive piece of Vampr memorabilia.”

Staying ahead of the curve is nothing new for the award-winning innovative app, which recently hit the milestone of one million global users in more than 190 countries.

Since its inception, Vampr’s global community of musicians and creatives have come together to:

Vampr, which has facilitated 6.5 million connections to date between young, aspiring artists and industry professionals on its network, has received top industry accolades, including being named Best of year by Apple, and the platform was also nominated for the Music Week 2021 Awards in the Music Consumer Innovation Category, alongside TikTok, Spotify, Amazon Music, Deezer and PIAS.

In addition, Vampr has recently built a strong network of brand partnerships including BeatConnect, the NFT Yuser sharing platform, and more recently the Audible Reality 3D listening app, which provides immersive 3D audio mastering presets. that can be applied to songs.

Vampr has already raised $ 2.6 million from music industry executives, VC, angel investors and two previous rounds of crowdfunding from 2,060 user-investors. The company has now launched a third round of crowdfunding on Wefunder under the recently updated Reg CF guidelines.

The company’s most recent campaign is expected to run for several months with a maximum bid of $ 4 million, with new funds meant to scale the business ahead of a Series A round slated for the next 18 months.

2021 TECHTIMES.com All rights reserved. Do not reproduce without permission.

Songwriters Get Hit In The Portfolio By Spotify, Apple Music And Pandora … Again – EDM.com