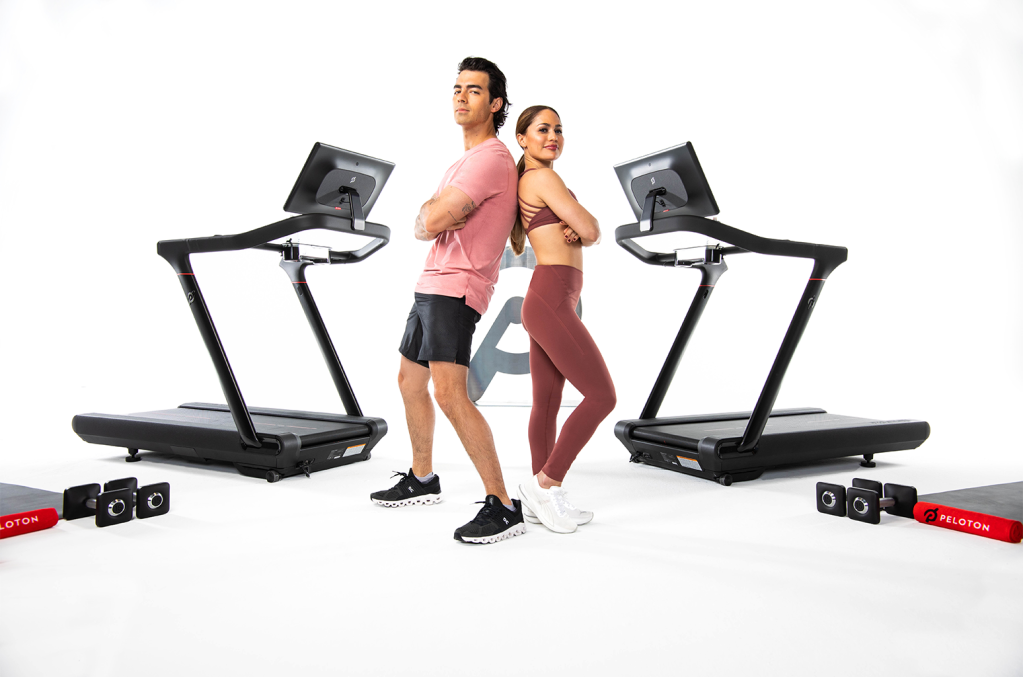 It’s time for today’s biggest stars to take a spin on Peloton.

The exercise equipment company on Monday (April 11th) announced a new YouTube series called Ranking with Peloton, which will have celebrity guests immersing themselves in what it really takes to show up and exercise alongside Peloton instructors. Each 10-minute installment will feature an instructor interviewing a celebrity guest with quick questions that will ramp up over the duration of the workout, as well as moments of deeper discussion about the role fitness plays in preparing for spotlights,

Bolt’s episode airs first, starting Wednesday, followed by Jonas’ episode with Peloton instructor Olivia Amato. The two celebrities walk and run on the Peloton Tread for their episodes, Jonas answering Amato’s tough questions as he picks up speed on his treadmill. (Sample question: Do you believe in ghosts?) “I’m thrilled that viewers are joining Joe Jonas and I as we chat, sing, practice and have a whole lot of fun!” said Amato.

In an exclusive statement to Billboard, Jennifer Cotter, Peloton’s Chief Content Officer, says:Ranked with illustrates how Peloton instructors have become synonymous with pop culture. They therefore naturally rub shoulders with a decorated athlete like Usain Bolt or Joe Jonas, international pop icon. As we continue to explore storytelling outside of the traditional classroom, a conversation between two high-level Platoon members was an obvious place to go.

“When it comes to musicians, athletes and actors, we know that physical fitness is an essential part of how they prepare for the spotlight,” adds Gwen Bethel Riley, Peloton’s music manager. “Ranked with gives viewers a special insight into how fitness helps their favorite artists and Peloton instructors perform at their best, all within the context of an authentic and fun workout experience.

Watch the Ranking with Peloton trailer below and watch the first episode with Bolt on Wednesday.